When the sun starts to set itself on the faraway horizon, my friend, with your foremost firms - do believe, on the Earth's other hemisphere, the sun's ready to sparkle its warmth-of-brilliance to this very Earth alight.

Welcome aboard everyone to our very first transmission after a semester-long hiatus. No, this blog hadn't been forgotten by us - not even being close to oblivion, we might say. The suspended-animation status, however, had made this blog missed the chance to witness the very moment of reigns changing - the very moment where a new sovereign had arisen to further expand its predecessors' success stories.

We have to say, the previous Sunday was an incredibly marvelous day for everyone to get along with various activities - soothing breezes, warm sunlights, and many more. It had, however, turned out to be an even more joyful day for Stephen Ariel K. // skiseki as he was officially declared as the chosen individual to triumph the Genshiken Story's leadership for the upcoming year, being the direct heir to the previous Zakaria S. Laksmana // Nivalyx's throne.

Onto every dynasty, however, prevail various legacies. No different with Rakaputra P. // Rheine's bestowings beforehand, the remnants of last year's champion literacies were engulfed in a yearly anthology forme - Antologi Cerita Divisi Story Genshiken ITB Periode 2014 - 2015, to be exact. 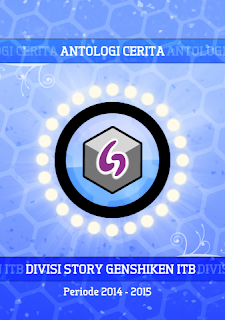 As suggested above and by the title, what resided within the book were the winning entries of last year's selected writing challenges - with the previously-featured Zielverhuiser being a featured piece. Standing firm accompanying were two (semi-exclusive) short stories derived from two different contributors, of which both were firstly posted throughout the authors' personal blogs. It's such a bliss that the very book managed to be done on time to be exclusively premiered at Comifuro 6 last month - we're delighted had our book quenched your literary thirst back then! 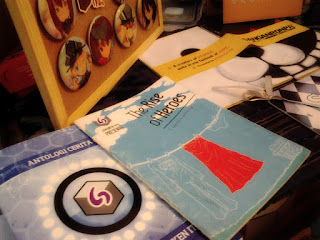 Speaking aside, however, the last few months had been proven as a very productive month for Genshiken ITB in general. This very announcement is - indeed - just a small piece of the vast progress Genshiken ITB made over the past months (with Genshiken Staff Training 2015 being the most prominent and the most hyped for, arguably). Expect us to deliver more interesting coverages soon, and until then, have our conferings of a beautiful day!

Posted by Genshiken Story at 10:19 AM 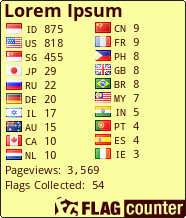